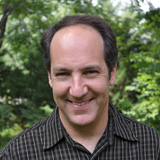 Ofer Sharone is currently serving on the OOW Section Council.  Sharone is an Assistant Professor of sociology at the University of Massachusetts Amherst.  Before joining the faculty at UMass Amherst, he completed his Ph.D. in sociology at UC Berkeley and taught at the MIT Sloan School of Management.  He also holds a JD from Harvard Law School and previously practiced international law in San Francisco and Japan.

Sharone’s research focuses on career transitions, work and unemployment. His studies are primarily cross-national comparisons and utilize in-depth interviews and participant observations. His 2013 book, Flawed System/Flawed Self: Job Searching and Unemployment Experiences, compared the job searching and unemployment experiences of white-collar workers in Israel and the United States.  The book won the Zelizer Award in Economic Sociology and the Weber Award in Organizations, Occupations and Work.

Sharone is a co-founder of the Institute for Career Transitions, a non-profit organization whose mission is to “generate effective strategies, offer practical support, and increase public understanding of the challenges facing professionals in career transitions.”  His current research with the Institute focuses on strategies for supporting long-term unemployed job seekers. This research has received wide attention from national media and led to an invitation from the White House and the Department of Labor to participate in policy discussions on addressing long-term unemployment.

We are grateful to Dr. Sharone for taking the time to answer our questions below.

My interest in unemployment is largely motivated by it being a very serious contemporary problem, with rates of long-term unemployment currently at levels that we haven’t seen since the Great Depression.  But beyond this unemployment is also a valuable site for studying broader questions of workers’ subjective responses to an economy marked by rising inequality, insecurity and underemployment.  By looking at how workers make sense of their unemployment we can gain insights about workers’ responses to a wide range of labor market difficulties.  In my book Flawed System/Flawed Self I sought to understand the institutional forces that lead white-collar American job seekers to internalize the stigma of unemployment and often come to view themselves as “flawed.”  In my current work I explore how the stigma of long-term unemployment generates a kind of social death as unemployed workers withdraw into isolation in response to stigma-laden interactions with network ties, friends and even family members.   On a more hopeful note, I’m also looking at how sociologically informed support practices can work toward de-stigmatization.

In your previous research, you have looked at experiences of overwork, primarily among high-status workers. Do you see any connections between overwork and unemployment?

I previously studied software engineers who worked 60-80 hours a week despite crumbling family lives.   I found that these work hours were driven by career anxieties and insecurities, which multiply in the context of routine layoffs, unemployment, and low-wage contract work.  Even though the engineers I studied were highly educated and skilled, their anxieties were not unfounded.  In fact, after I completed my research I learned that several of these overworked engineers subsequently lost their jobs, and that the engineer who at the time of the research was widely considered as the star programmer remained unemployed for over 2 years, and ended up with a job at half his former pay.  When workers see laid off colleagues experiencing long-term unemployment the anxieties that drive long work hours can only intensify.

Much of your research has looked at white-collar work.  Why is it important to study this segment of the workforce, particularly compared to other service-sector workers?

What I find particularly interesting about white-collar workers is that despite the fact that this is the most privileged class of workers in American society, upon close inspection we see that even these workers struggle with devastating bouts of long-term unemployment, or are driven to overwork and to perpetual anxiety by the threat of unemployment.  Policymakers often discuss education and skills as the solution to workers facing labor market challenges, but studies of highly educated and skilled white-collar workers show that education is not a panacea, and fully dealing with issues such as inequality and insecurity will require a deeper transformation of our labor market institutions.  Ultimately, we need policies that address the imbalance of power between workers and employers.

You helped to found the Institute for Career Transitions (ICT) to help provide support for professionals undergoing career transitions, and you are in dialogue with policymakers and the media regarding the issue of long-term unemployment.  What role do you think sociologists can play in addressing insecure work and unemployment?

Sociologists have a crucial role in supporting unemployed workers directly, and in advocating for effective policies and institutional change.  If you walk into any large bookstore you will see hundreds of books offering career and job search advice, but almost none are based on research and data.  These well-intentioned advice books usually draw on self-help mantras about how job seekers need to engage in positive thinking and take control of their careers.  Unfortunately, my research shows how such advice only intensifies isolation and self-blame.  I started the Institute for Career Transitions as a collaborative effort working with practitioners to develop sociologically informed support practices and discourses which illuminate the structural nature of the obstacles unemployed workers face as a way of countering the internalization of stigma, facilitating the building of a community of peer support, and encouraging a public voice of advocacy.  Together with unemployed workers the voice of sociologists is also sorely needed in the policy arena, which absent such voice is too often dominated by misguided assumptions about how the unemployed are to blame for their unemployment.  In the policy arena the voice of sociologists can make clear both the urgent need for short term policies that provide more generous and flexible unemployment insurance and support, and the needed long-term institutional changes which more fundamentally address the forces underlaying rising inequality and insecurity.

You have a background in economics and in law.  Has this background shaped your research, and if so, how so?

I’m having a hard time coming up with anything interesting to say about my economics background as my college economics classes mostly involved solving calculus problems with little connection to the real world.  My first law job, which involved insane work hours, was certainly a catalyst for studying overworked engineers, and the lives of anxious white-collar workers more broadly.