Michael McQuarrie is currently serving on the OOW Council. Michael is an associate professor in the Department of Sociology at the London School of Economics.  His research is primarily concerned with the transformation of urban politics, governance, 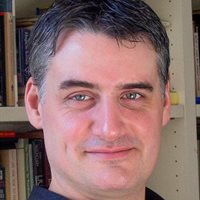 and civil society since 1973. He demonstrates this both by showing how the meaningful content of political values and practices, such as community and participation, have been transformed, but also how these changes are linked to the changing nature of governance, changing organizational populations, and the outcome of political conflicts.  He has authored numerous articles and co-edited two volumes on related themes: Remaking Urban Citizenship: Organizations, Institutions, and the Right to the City (with Michael Peter Smith), and Democratizing Inequalities: The Promise and Pitfalls of the New Public Participation (with Caroline Lee and Edward Walker, 2014).  Currently, he is preparing a book manuscript entitled The Community Builders which summarizes his research on the trajectory of community-based organizations in urban authority and governance over the last forty years. Below, Michael discusses his key influences, the challenges that he sees OOW scholars facing, and what he looks forward to at ASA 2019.

How did your work as a labor organizer and a community organizer shape your career trajectory? What spearheaded your interest in organizations, occupations, and work?

The connection between my former work as an organizer and my interest in the sociology of organizations is direct. Unlike some former organizers I mostly don’t study labor unions, community organizing, or social movements as such. It’s not that I’m not interested, I just find it extremely difficult to secure significant distance in relation to these topics, a problem that is especially difficult in the case of labor. But this experience did drive my interest in the sociology of organizations. I felt that organizational leadership, culture, practice, and management were absolutely central in determining whether organizations were relevant or impactful, and I was convinced that the significance of organizations was underplayed in my topical areas: political sociology, social movements, and urban sociology. To the extent sociologists in these areas pay attention to organizations at all, they are far too likely to evaluate organizations in terms of their mission, their politics, and their values, rather than their practice and execution. This is most obviously a problem in labor studies, a field that is dominated by ethnographies of mediocre or peripherally important unions, which also usually don’t benefit from any understanding of how these unions are situated in the labor movement writ large. Outside of organizational sociology, organizations are far too likely to be treated as containers for interactions, or as structurally determined, rather than socially productive entities in and of themselves. Ganz’ study of farmworkers is the most notable exception as well as being an important contribution in terms of studies of unions. Paul Osterman’s book, Gathering Power is also an interesting book from an OOW type of scholar on a subject, Industrial Areas Foundation community organizing, usually taken up by sociologists of social movements or politics.

For these reasons, I tend to rely on scholars who work at the boundaries of the fields I was topically interested in and the sociology of organizations. Debra Minkoff, Elisabeth Clemens, Kim Voss and Joe Galaskiewicz are all sociologists who have been influential far beyond what one might guess from looking at my research or citations.

Which concepts and theories from OOW scholarship have you found useful in your research, and how?

Because I only have one foot in the sociology of organizations, and it’s main role for me is to sharpen analyses in other topical areas, I am pretty ecumenical about theoretical approaches. Perrow’s work has been inspirational, and I teach him a lot, but I wouldn’t say I mobilize him a lot in my own work. Analytically speaking, I have probably been most influenced by institutionalism (both old and new), but I also find organizational ecology useful. In terms of methods, they’re tools to be used as appropriate. I have used regression analyses, social network analysis, multiple correspondence analysis, and qualitative interviews in my work, which is often only possible through collaboration because I don’t have all of these analytical skills myself. I wouldn’t say that organizational sociology has contributed any particular concept that is more important than others, but what I would say is that organizational sociology has contributed conceptualization in general. It is a field that takes conceptualization seriously, the concepts it uses are debated but relatively precise, and the concepts the field has are useful for connecting the particular to the general. I would argue that most subfields in sociology, at least the ones I pay attention to, don’t have conceptual resources that are nearly as useful for understanding meso-level phenomena.

The other main contribution of the sociology of organizations to my own thinking and practice is methodological. I am often interested in historical change and understanding the realm of possibility for action, innovation, and transformation. The way I approach these issues, for example through field theory, is not necessarily indebted to the sociology of organizations, but if I want to know how to execute such a study, I would definitely be reading a lot of OOW papers. I tend to use organizations as cases and I think changes in organizational populations over time is indicative of broader institutional and social changes.

What challenges do you see OOW scholars currently facing? How do you expect the subfield to evolve in the coming years?

I don’t really join the core debates in organizational sociology as a whole, so my perspective comes from the periphery of the field. There are some obvious issues. People often worry about the effect of having so many OOW scholars located in business schools, for example. There is always the worry that OOW as a field becomes a resource for corporate managers and business schools. I don’t worry about that too much, not because I trust corporate managers or am not worried about corporate power, but because I have faith in the autonomy of sociology as a discipline and trust in the professionalization of OOW scholars. That said, there has always been an excessive focus on firms. This isn’t because of the influence of business schools any more than it is because of the influence of Weber. I actually see appropriation as a bigger problem in the study of nonprofits than it is in the study of firms.

That said, I think there is a distinct lack of imagination in the section. The planet is facing a crisis, and the focus of attention is on policies and politics. But climate transition won’t happen without new organizational models and new organizational models won’t happen without new laws (our legal structure assumes the firm even more than organizational sociologists do). But it hardly stops there. Work will be transformed, but labor relations is still governed as if it were the mid-20th century. Dealing with these problems will only be possible if we figure out new organizational models and new practices of management, regulation, cohesion, and legitimation. But it seems to me that the field is wholly stuck in the world as it is. Notably, one of the best organizational studies that I have read in the last few years is Jesse LeCavalier’s book on Wal-Mart, The Rule of Logistics. LeCavalier is an architect by training. I wish that OOW sociologists paid more attention to social movement organizations, unions, parties, state organizations, and informal organizations, but I am more concerned about the opportunity and monumental task that we are confronted with as a society and I don’t think the field is as situated as well as it might be.

What are you looking forward to at ASA 2019 in New York?

New York is New York, and it is also my hometown, so just being there is always something to look forward to for this Knickerbocker. Beyond that, I look forward to giving the Richard Scott Award for best paper to some deserving sociologist(s) (with help from Caroline Lee, Nicole Marwell, and Michael Haedicke), hearing what Mary Romero has to say in her presidential address, and seeing old friends.